Tonight finds us at a hotel just a few minutes away from the Jacksonville  International Airport, taking account, sorting and repacking one last time before our flight to Ecuador and the beginning of our two year adventure.  We’ve been on the road for exactly thirty days, traveling down the eastern seaboard, visiting friends and family that our preretirement schedules prohibited us from seeing as frequently as we should have.  They have so graciously opened their homes, shared meals with us and entertained us.  And they have been the most wonderful local tour guides, highlighting the best of their communities and opening our eyes to the beauty of this region.  It has been several decades since Donna or I had undertaken an extensive road trip and we were thrilled to see the natural grandeur that abounds in this country.

Our first Sunday away from home we celebrated with a New York Times newspaper, a long forgotten ritual, and lattes outside under towering pines at our friend Janet’s house,  a few blocks from the ocean in Dewey Beach, DE.   That first week of official retirement we just chilled. 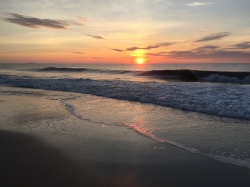 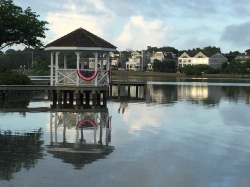 In Rockville, Maryland we stayed with Sue and Kent in the center of town.  They had moved down to the DC area several years prior.  Rockville is such a great example of what urban living should be like.  Homes above shops and restaurants, with a small city park to anchor it all, creates a thriving community.  A day exploring the National Portrait Gallery with Sue was a real treat and it is so much more than just a collection of paintings of old white guys.

Driving through the mountains of West Virginia, we headed to Parkersburg which sits on the mighty Ohio River.  Cheryl and George, who held their wedding reception in the backyard of the parsonage, live in the Julia-Ann Square Historic District, which features several blocks of lovingly restored homes of local industry titans, from the 1860’s through early 1900’s.  A trip down the Ohio River on a sternwheeler paddle boat along with Martini Monday were highlights of that happy stay. 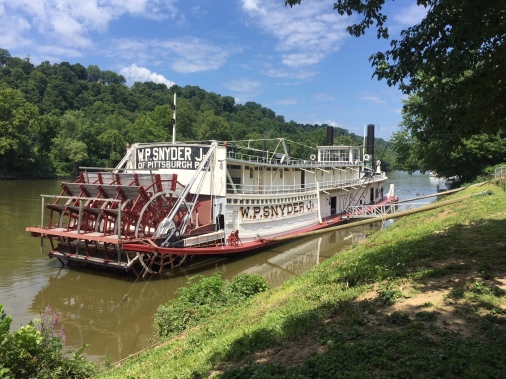 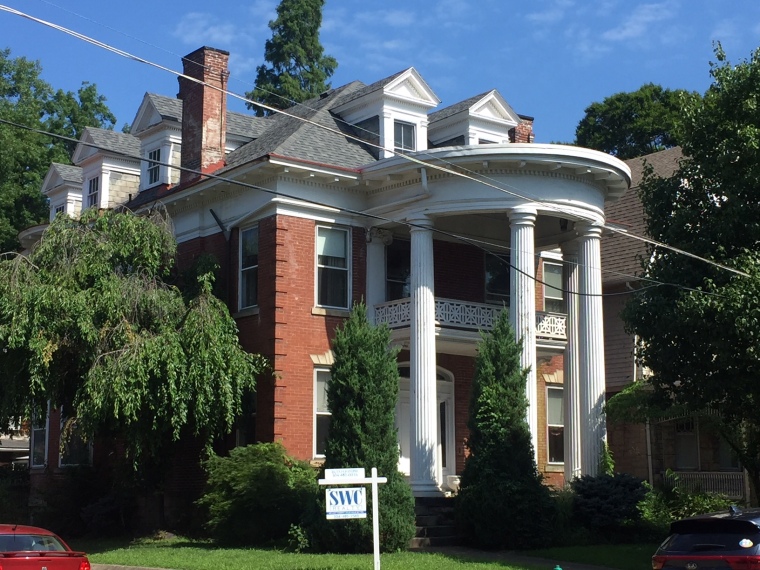 Our son Bob has lived in Charlottesville, Virginia since graduating college and has fallen in love with this town and surrounding region.  We had great time with Bob and Samantha, visiting several wineries on the Jefferson Wine Trail and later walking along the lively pedestrian mall in the center of this wonderfully diverse university town.  Sadly as we walked back to the car one night we happened across the curbside memorial to Heather Heyer who was killed by a car purposely driven into a group counter-protesting against white supremacists. 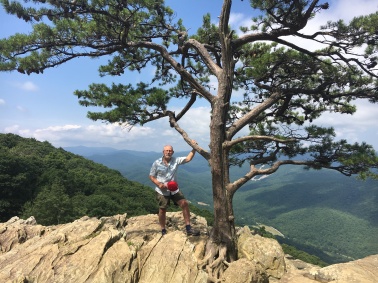 Lynn and Mike graciously let us stay in their future retirement home in South Carolina, which they’ve hardly had the chance to enjoy just yet. Lynn’s suggestion of a day trip to Greenville was a delightful experience.  Greenville has to be one of the prettiest small cities in the United States.  The city park encompasses a river which flows through the center of town and has a pedestrian suspension bridge over it.  Once bordered by industrial revolution-era factories, these buildings have now been revitalized into restaurants, hotels and chic shopping stores. 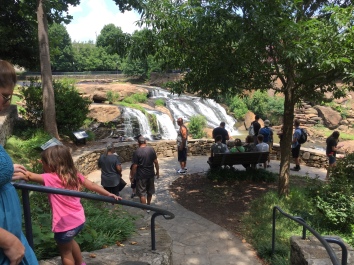 Off the beaten track in St. Marys, Georgia, we chilled with Mare and Bob, retired pastors and friends since Donna’s days at seminary, as the heat index hit 104F.  We did venture out to eat seafood, explore the waterfront and find a decommissioned nuclear submarine thrusting forward from the earth.  A visit to a gun range turned out be surprisingly enjoyable.  It helped that I was able to hit the target.  Finally I tried some Gator and it doesn’t “taste like chicken”, but it’s just as tasty with its own more distinctive flavor that is quite enjoyable. 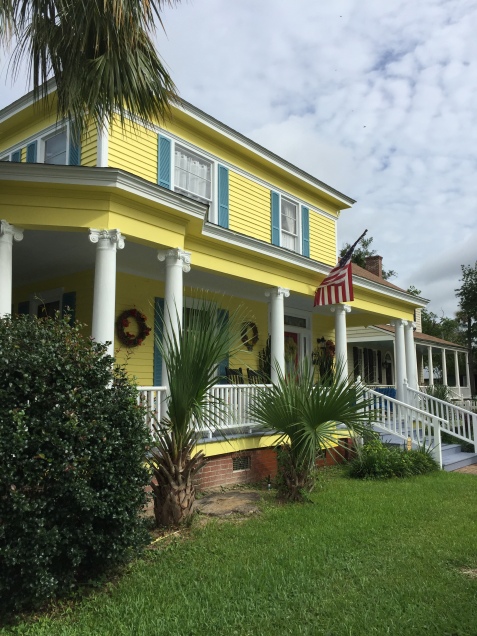 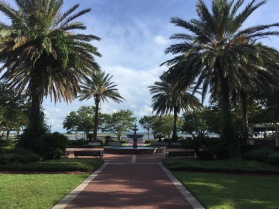 “There is so much more to Daytona Beach than the 500 race and Spring Break” as Donna and Jeff, old friends and migrants from Doylestown, say.  And they are right! From St. Augustine to Cape Canaveral, this part of Florida was a delight to explore.  A boat ride along the intercoastal waterway was especially fun, with sightings of manatees and dolphins, as were visits to the Marine Science and Rescue Center at Ponce Inlet, to view sea turtles being rehabilitated, and The Kennedy Space Center (NASA.) 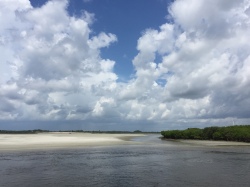 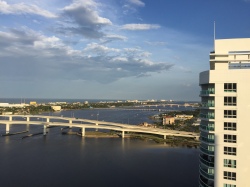 Thanks again to all our friends for a wonderful month of experiences and memories.  Our journey begins today as we board our flight to Quito, Ecuador!