On the way to Parque Condor, a rescue center for Andean birds of prey, our GPS failed us and lead us down a dirt track on the other side of the mountain that we were supposed to be at the top of.  Fortunately the first person we asked walking along the road spoke a little English and pointed us back in the direction from which we came.  Before we turned around she looked seriously at our car, shook her head and said “I don’t think your little car can make it there”.  We too had our doubts when we saw the condition of the dirt road and the incline that faced us. “It’s not what you drive, but how you drive it” became my favorite mantra when considering the capabilities of our wheels.  And yes, we wished we had a little more ground clearance occasionally, and more horsepower.  With minutes to spare we made it in time for the morning “free flight” demonstration at 11:30. 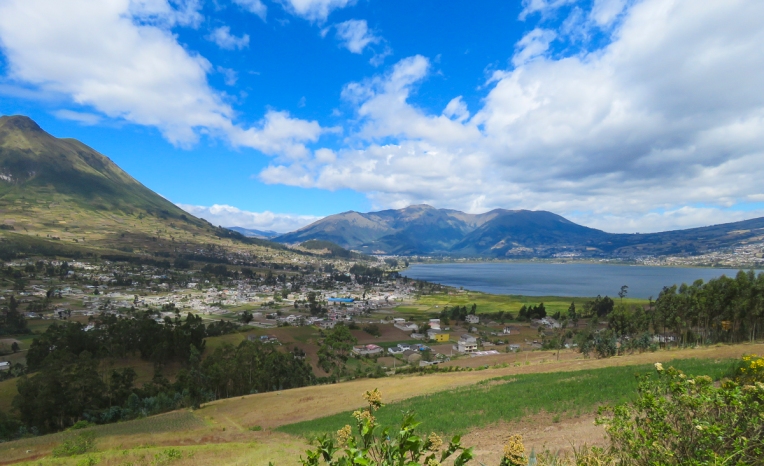 In a stone amphitheater set into the side of the mountain top, high above the valley below,  a falconer performed with a variety of Andean hawks, to the audience’s delight.  Starting with their smallest raptor and working their way to the larger ones, from behind us his assistants would release the birds from their cages and they would fly through the crowd to land on the sheathed hand of the falconer. As the falconer tossed food in the air, the birds would grab it in mid-flight, circle around and land on perches amidst the audience. Evidently the falconer moonlighted as a stand up comedian as the enthralled audience erupted in laughter numerous times throughout the hour and a half show. Unfortunately, “no hablo Espanol,” the jokes were lost on us.  The park also houses a great variety of owls and condors which were a delight to photograph. 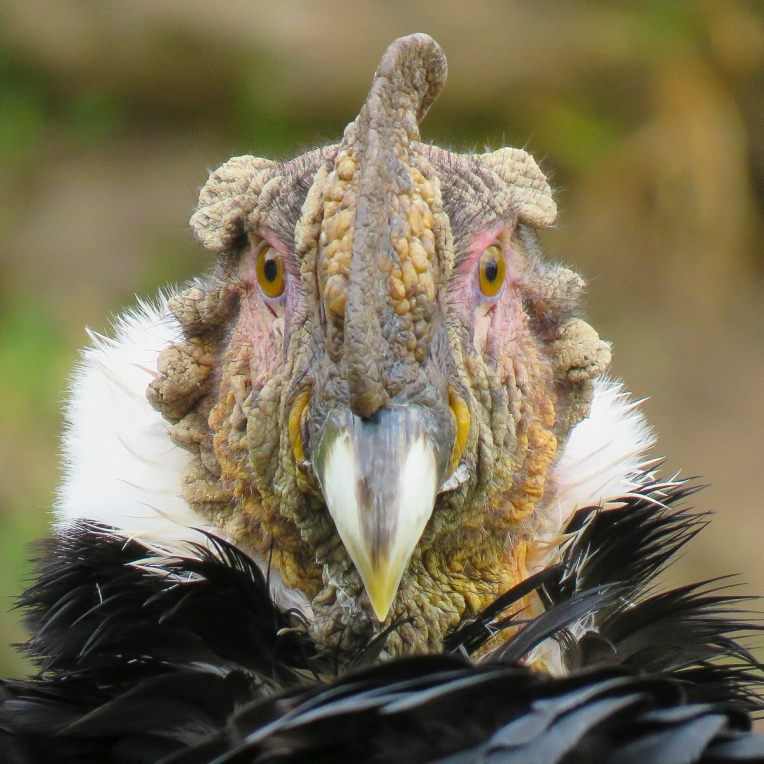